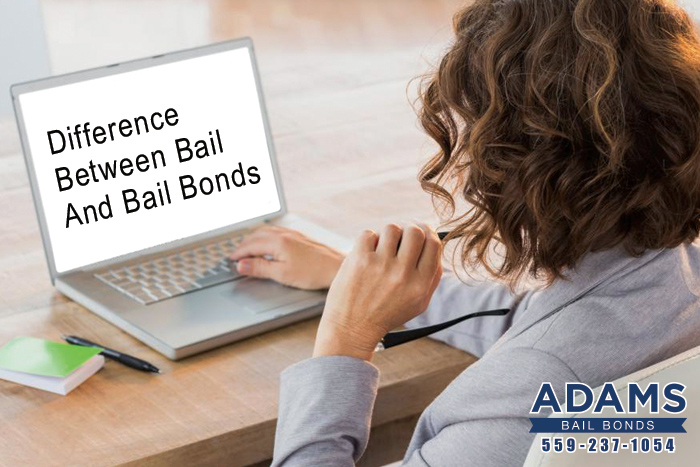 Bail is determined by a judge, and it is the amount of money that needs to be paid in order for someone to be released from jail. Bail is usually set in the price range of several thousand dollars. It also needs to be paid in full with cash all at once, in order for the person to be released from jail. Most people do not have thousands of dollars just lying around, which is why it is hard for many people to bail their loved ones out all on their own.

It was due to those difficult conditions, that bail bonds came into existence.

Bail Bonds are determined off the price of the bail and are different from state to state. In California, bail bonds are 10% of the price of the bail. This means people save 90% of the money they would have needed to bail out their loved one. On top of the huge discount, bail bonds are far more flexible than bail itself. Bail bonds can be paid with any payment method and can be paid off via a payment plan. On top of that, the defendant will be released from jail after the first payment has been received.

As you can see, there are huge differences in cost and convenience between bail and bail bonds. Bail bonds are far more cost effective than the bail they are based off of, which is why so many people chose to go the bail bond route when rescuing a loved one from jail.

If you need to bail a loved one out of jail, contact Exeter Bail Bond Store online or by phone at 559-237-1054. Talk to one of our professional bail agents for a FREE consultation. This means, you can ask any bail-related questions you may have for free. They will be able to answer your inquiries and they can also explain the bail bond process to you. Do not forget to ask about our zero down bail bonds and bail bond discounts we offer to see if you qualify. Call us anytime! We’re open 24/7, including holidays.

Don’t hesitate to call, consultation is always FREE, so call Exeter Bail Bond Store at 559-237-1054 or Chat With Us now.