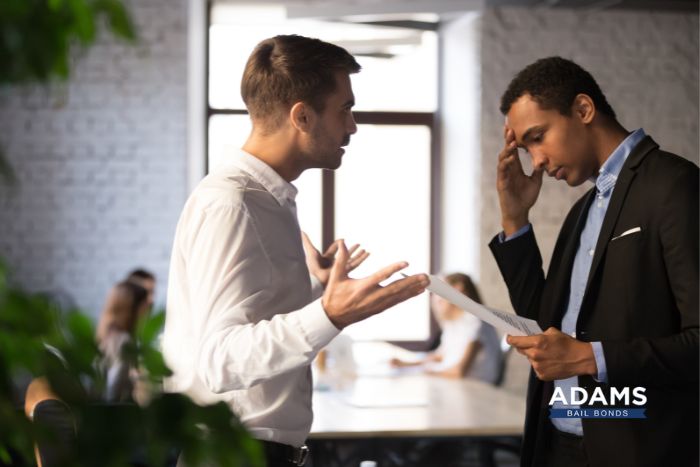 Hazing started as a fun way to prank some people while initiating others into a fraternity and sorority. The problem with hazing is that while it may have started as fun and games as the years have passed, it has become a humiliating and even potentially dangerous tradition. Recent hazing incidents prompted California lawmakers to get involved.

California lawmakers are opposed to hazing when the pranks used have the potential to cause serious bodily injury and even death.

The issue of hazing in California is discussed in Penal Code 245.6 PC. It states: “Hazing” means any method of initiation or preinitiation into a student organization or student body, whether or not the organization or body is officially recognized by an educational institution, which is likely to cause serious bodily injury to any former, current, or prospective student of any school, community college, college, university, or other educational institution in this state. The term “hazing” does not include customary athletic events or school-sanctioned events.”

It goes on to say: “The person against whom the hazing is directed may commence a civil action for injury or damages. The action may be brought against any participants in the hazing, or any organization to which the student is seeking membership whose agents, directors, trustees, managers, or officers authorized, requested, commanded, participated in, or ratified the hazing.”

The way the law is written allows anyone who is accused of perpetrating a hazing incident can be charged with both criminal and civil offenses.

The keywords used in California hazing offenses are “serious bodily injury.” The injuries that were sustained during the hazing ritual or the injuries that could have been sustained are very serious medical issues that include:

Many of the hazing cases that appear in the California court system don’t involve anyone getting hurt. In most cases, there was simply the potential for serious injury or death. The hope is that by pressing charges when an injury was possible, the organization will stop and think before they do anything so dangerous again.

In a hazing case where no one was injured, the issue was treated as a misdemeanor. The maximum sentence for a guilty conviction is up to one year in a county jail and/or a fine of up to $5,000. In some cases, the judge will order misdemeanor probation.

Hazing cases that do involve a person who sustained an injury or died have a much worse consequence. These cases are handled as a wobbler with the exact circumstances of the case determining if the accused is charged with a felony or misdemeanor. If it is handled as a felony, the guilty conviction could result in three years in prison.

The best way to avoid going to jail for a hazing incident is to carefully think through all the things that could go wrong during the prank. If you do and discover that someone can be seriously hurt you need to come up with a safe option.

A Bail Bond Storeman Can Be Your Best Friend

A bail bondsman can be your best friend when you’ve been arrested. This is completely true for the bondsmen at ...
Read More

Did you know that bail bonds can benefit the community? Well it does if the bail bonds agency is local, ...
Read More

You Can Rely on Fresno Bail Bond Store Service

When you call Fresno Bail Bond Store Service the phone will never be answered by an electronic receptionist, always a ...
Read More